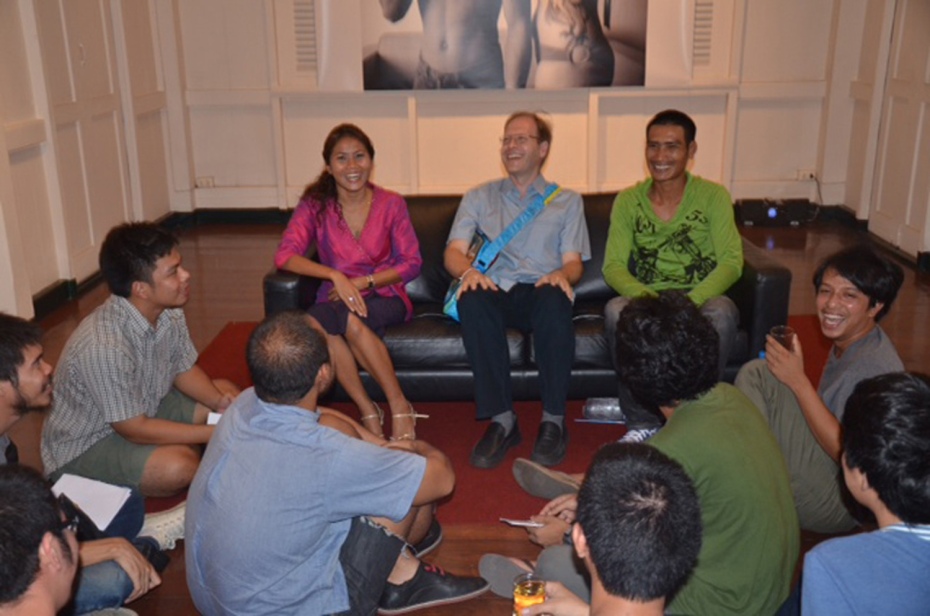 It Happens is a potentially startling but ultimately subtle installation involving live participants.

Working at the borders of performance, installation and happenings, Hanspeter Ammann invites you to meet and spend time with a series of ordinary people from Isaan, the much mythologized northeastern part of Thailand.

By seemingly simple means, Ammann sets out to achieve two things: to transform the gallery into a space of charged cross-class and cross-cultural encounters; and to draw attention to and personify the usually overlooked yet productive and cultural core of Thai society.

The artist would like to extend great thanks to Nigel Power, a Bangkok-based artist and academic for his support with this project.

Hanspeter Ammann is a video artist, photographer, filmmaker, Freudian psychoanalyst, and owner of the art space Shanghai Studio in Shanghai. He has been making videos and installations since the 1980s and his work has been shown extensively by international festivals, galleries, museums and broadcasters. He lives between Europe and Asia.